Manager Journal - How Will I Survive the Conflict In My Team? | Inner Genius 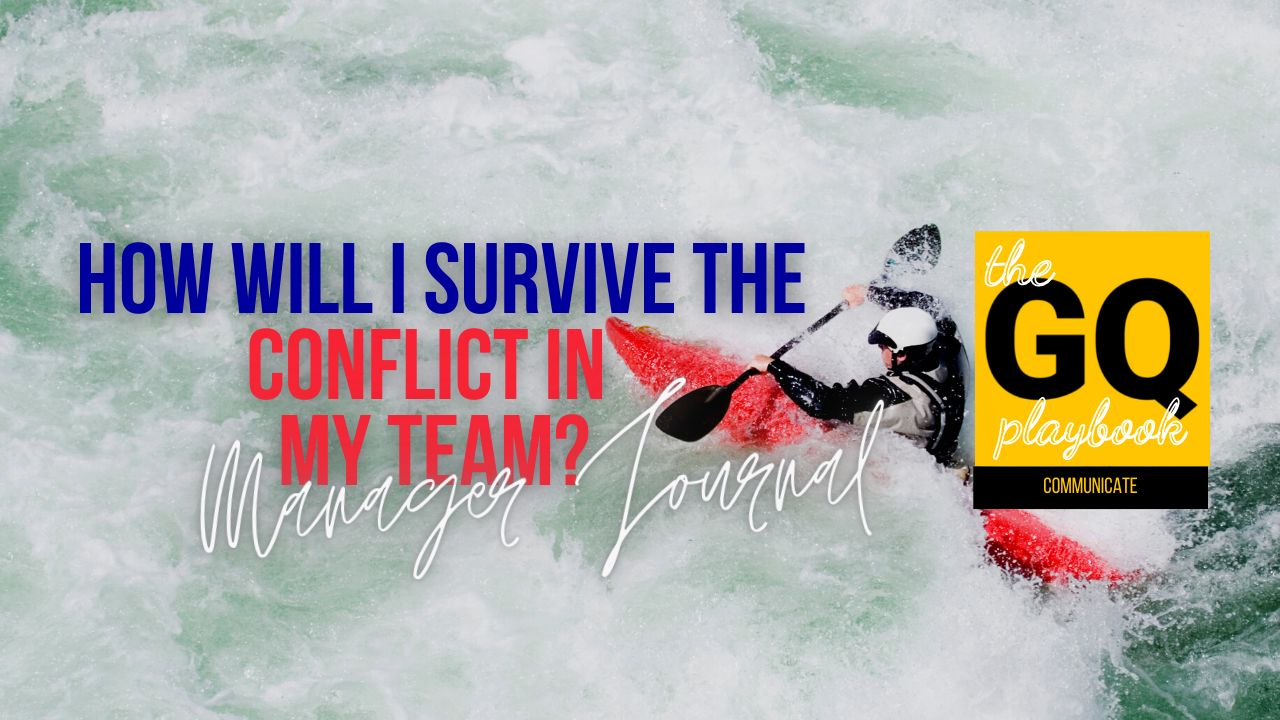 Workplace Conflict– Why Should We Act?

According to the CCP Global Human Capital reports the estimated annual cost of workplace conflict in the U.S. is $359 billion in paid hour.

85% of employees must deal with conflict to some degree . The negative effects can include work disruptions, decreased productivity, work failure, absenteeism, turnover, and termination.
The root of conflict varies from personality clashes to lack of teamwork. However, in prevalent cases, the bottom line is miscommunication.

In words of Nate Regier, a former practicing psychologist and author of Conflict Without Casualties

“Conflict is simply the energy created by the gap between what we want and what we’re experiencing.”

Manager Journal Chapter 1 : Eileen vs. Sam – A New Travel Team on the Brink of Conflict

Eileen is a travel expert, who is a highly energetic person, loves to chat and engage with people, and encourages team members to come up with innovative ideas that help the business move forward. She is open to experience with new tools, systems, and approaches. Her Inner Genius profile is an Energizer with a Collaborative Power Up.

Eileen was hired as a team manager to form a new team. Her new team is a mix of old and new team members all working remotely. Eileen’s first days were a little bumpy, which she put down to the necessary adaptation time to form a new team. However, last week, she felt truly frustrated and the communication with one of the old employees has brought her to the brink of conflict.

Sam, a Tour Administrator, (A Scribe with a Number Crunch Power-Up) has been with the team for more than 10 years and is the longest-serving employee. Sam prefers making fact-based decisions and likes to take his time to ponder before stating his opinion in public. He likes to plan things and is always ready to provide the correct numbers.

Manager Journal Chapter 2: A Conflict Looming on The Horizon

Eileen called Sam while he was preparing an important monthly report. With an upbeat tone, she emphasized how she values Sam’s experience and wanted to share a new idea. Inspired by a podcast, she wanted to hear his opinion about a new product idea that would be focused on offering unique travel packages to their customers who had recently entered retirement.

Sam briskly replied he was busy, needed time to think about it, and needed more facts to support the idea. He asked Eileen to send him more info via e-mail. He quickly stopped the conversation to return to complete his report.

Eileen hung up feeling disappointed and sent Sam a link via Slack to the podcast that had inspired her. Her note read, ‘Sam, here’s the podcast to listen to, I think you’ll get the feel for how we could approach our large customer base in the 65-70 age group. Call me and let’s discuss.’

Silence. Two days later, Eileen phoned Sam again, asking if he had listened to the podcast. Sam was annoyed by the “pressing” tone in Eileen’s voice, especially when no timeline was given. Upset at her follow-up, Sam said he would listen to the podcast on the same day. Eileen agreed and asked him to call her with his thoughts.

A few hours later, Eileen receives an e-mail from Sam with a 10-page attachment, containing graphs and calculations and a detailed comparison of similar products, and sharply stating, that he does not recommend investing time, money, or effort in this product.

Eileen feels astonished. In her mind, she showed collaboration, trust, and value for Sam’s experience, and she was optimistic and inspiring about it. And in return, Sam sends her this dry e-mail, with no personalization, dismissing the idea without discussion.

Eileen felt that Sam was showing her that because he’s been there longer, he knows best and had zero intention of collaborating or discussing the idea further. Eileen was left wondering how are they meant to collaborate in the future. Perhaps it would be better for Eileen to transfer Sam out of her team.

Manager Journal Chapter 3: What has caused the friction?

Listen in to Catherine, the communication expert, as she coaches Eileen

Eileen, the first thing to do is to get an insight into Sam’s Inner Genius Profile. He is the opposite of your profile. For you, as an Energizer with a Collaborative Power-Up, you are in your Genius Zone when you collaborate, invent, discuss, brainstorm, and listen to ideas – it’s where you do your best work. However, Sam is different. He is The Scribe with a Number-Crunch Power-Up. How he responded to your request was done ‘his way’. He analyzed the details, created a written response with details, and data visualizations by way of charts and graphs, and gave his considered recommendation.

Eileen, the best way for you to collaborate with Sam as a valuable member of the team, is to keep him in his Genius Zone! You must get in the same boat, and paddle together. He is the person you can rely on to take your idea and implement the logical procedure to make it happen. He’s the guy that will support you with all the logic and procedures behind your ideas. Eileen, you need Sam! I would suggest next time to give Sam your idea, the link to the podcast, and a clear set of questions that you want to be answered around collecting data on product positioning, competitors, costings, pros & cons, recommendations, alternatives, etc. Ask him to produce a report or a presentation, give him a deadline, and ask him to send it to you – then meet.

For now, given that you have his recommendation, perhaps meet with him so that he can share his insights and valuable data and understand his reasoning for not recommending the idea. Praise his level of detail, and ability to show his logic and ask him if any alternatives might be possible, based on his research. In other words, you’ll need to build a translation bridge so that you communicate ‘Sam’s way.’

Building a translation bridge means that you and your team are paddling in synchronization along even the rockiest river.
It is the language of Inner Genius. When each team member unlocks their Inner Genius, they will understand how they learn and show up as part of the team. The team collaboration will improve because people know each other’s strengths and know how prefer to learn and communicate.

In the words of Patrick Lencioni

“If you could get all the people in an organization rowing in the same direction,
you could dominate any industry, in any market, against any competition, at any time.” 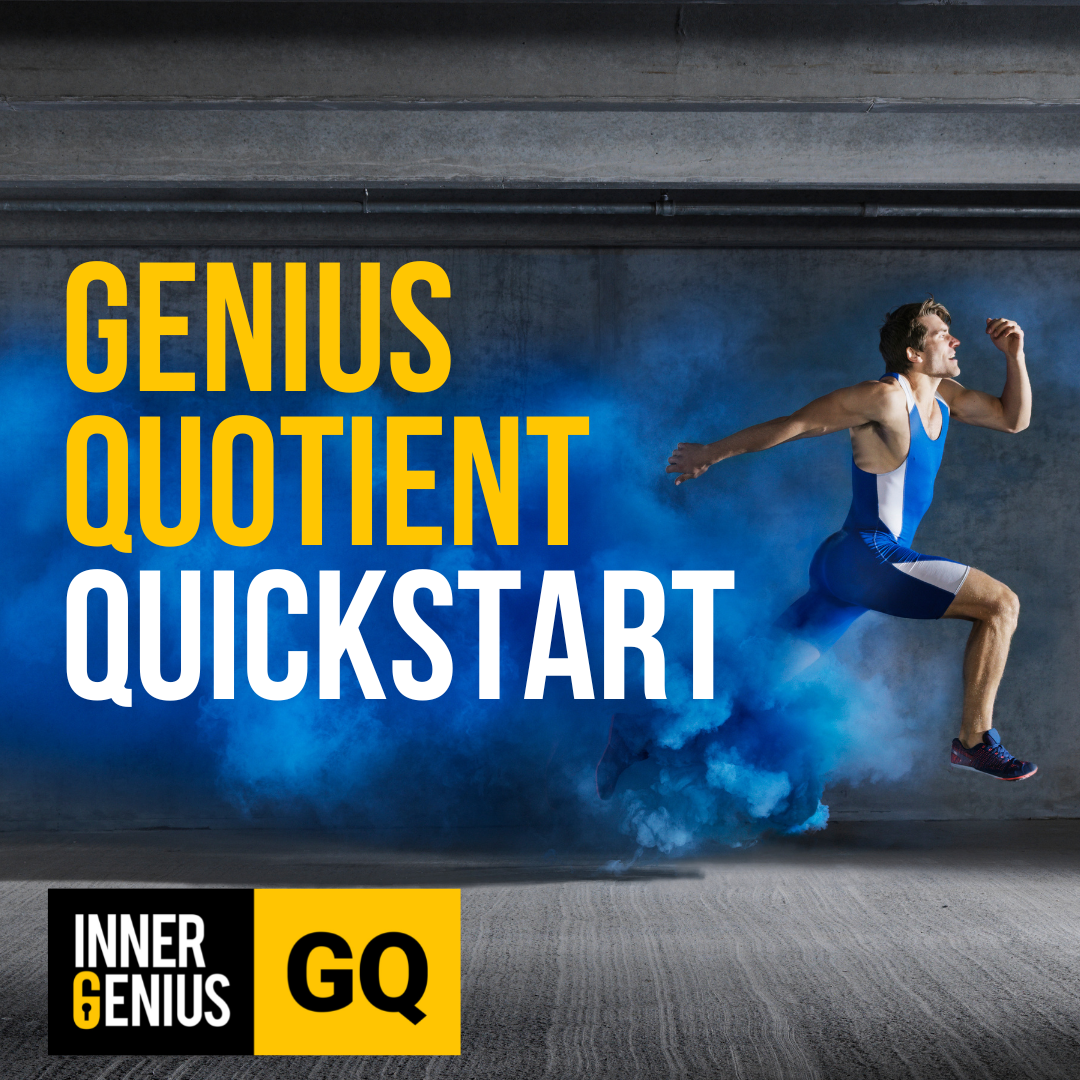 Now there is a solution! Inner Genius can help you unlock your Genius Zone if you are an employee, a leader, an entrepreneur, or a business professional.

Sign up for our weekly newsletter. Get member discounts. Be inspired. Live in your genius zone.