Everything You Need to Know About the Human Quotients | Inner Genius 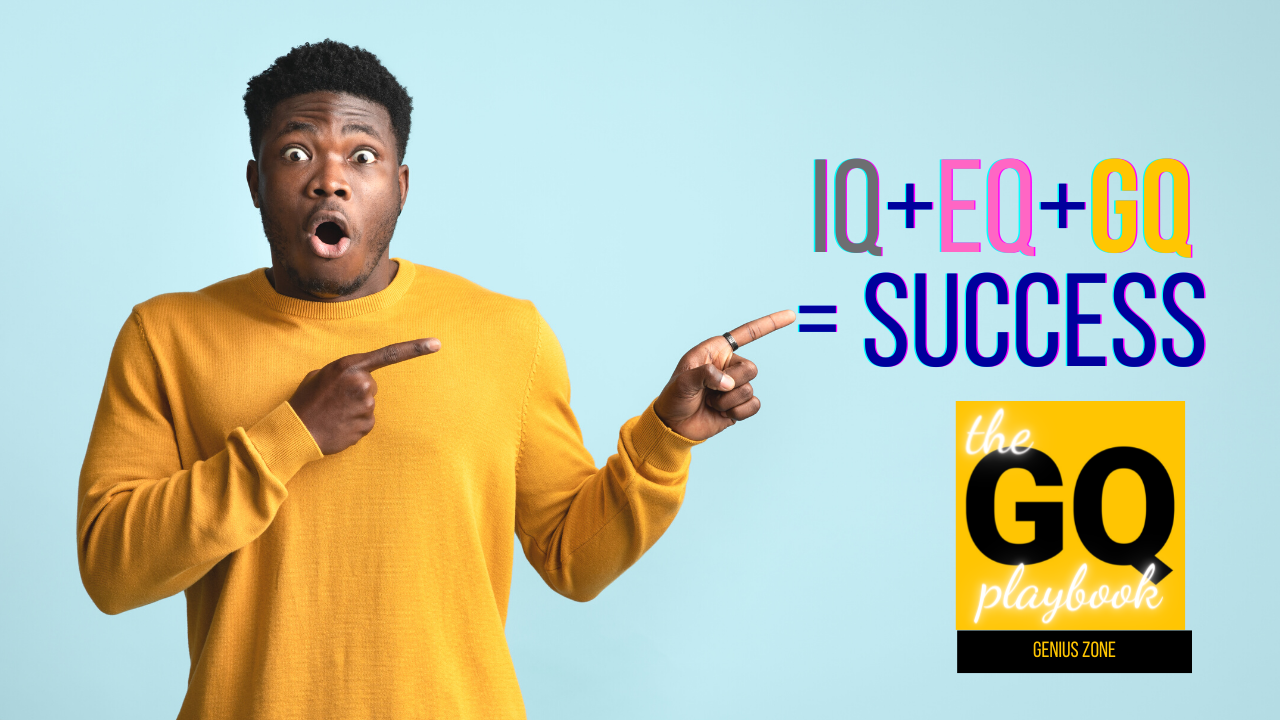 Did you know there are several quotients used to describe specific characteristics of an individual? For example, most people have heard of IQ, also known as the Intelligence Quotient, which consists of a score designed to assess the overall intelligence of a human being. However, not everyone knows other quotients exist and represent much more about a person, including their spiritualness, level of creativity, and ability to communicate and learn in specific ways. Check out this list of six different quotients to learn more about them and their purpose.

Perhaps the most widely recognized quotient is the Intelligence Quotient (IQ). IQ represents the score a person receives after taking standardized tests to determine their level of educational intelligence. Psychologist William Stern was the first to abbreviate the score, referring to it as an IQ. The series of testing to determine the score still gets used today, with higher scores representing a person's ability to use logic, make wise predictions, and essentially get things right. Many notable people have received recognition for their high IQ scores, including the late Stephen Hawking, Albert Einstein, and Leonardo Da Vinci.

A little over three decades ago, John D. Mayer and Peter Salovey came up with Emotional Intelligence (EQ), which represents a person's social intelligence. Unlike an educational and logistic standpoint, it refers to how people handle their emotions and feelings while picking up on social cues and interacting with others. It's about how well a person can control the different emotions they may experience, such as stress, frustration, anger, and happiness. The most common assessment used to determine an individual's EQ score is the Mayer-Salovey-Caruso Emotional Intelligence Test. It measures the overall emotional intelligence of an individual based on the responses provided to questions on the test. While EQ tests are informative, they're not nearly as popular as tests to determine a person's overall intelligence.

In the mid-1990s, Daniel Goleman coined the term "Spiritual Quotient," but Danah Zohar came up with the idea of spiritual intelligence, discussing it in the book, ReWiring the Corporate Brain. The quotient refers to a person's ability to tap into their spiritual side, with some people being naturally more spiritually connected than others. Unfortunately, while humans are spiritual beings, not everyone prioritizes doing things that help them achieve spiritual wellness, such as meditation. The SQ21 is one of the most commonly used assessments to determine a person's score on the Spiritual Intelligence scale.

The Creativity Quotient considers both ideation and fluency to determine the level of creativity a person has. While Graham Wallas and Max Wertheimer were pioneers of their time in the push for creative thought processes during the early 1900s, it wasn't until 2004 that the Creativity Quotient would come about. Coined by a group of researchers in Australia, it has everything to do with people's approaches while connecting different ideas. However, there is no set assessment for the quotient because most of the current tests are deemed to be too objective.

The Adversity Quotient measures how well a person handles adversity in their daily lives. While everyone faces their fair share of challenges and struggles, some can handle them better than others. Paul Soltz was the creator of this quotient, coining the term in 1997 in his book, Adversity Quotient: Turning Obstacles Into Opportunities. The quotient plays a significant role in all the other quotients, including IQ, EQ, and CQ, because someone facing numerous hardships is at a disadvantage compared to those born in loving, safe, and financially stable environments. However, it's not to say that those at a disadvantage can't overcome adversity. It's the reason this quotient exists – to determine how well people from all walks of life can adapt to their situations and overcome hardships.

Dr. Soltz of PEAK Learning, Inc. conducts Adversity Quotient tests, with 20 questions using a score between the number one and five. The series of questions are broken down into different parts, including control, ownership, reach, and endurance.

The Genius Quotient is one of the most recent quotients coined by Catherine Mattiske in her book, Unlock Inner Genius, released in 2021. This modern quotient refers to an individual's preference for learning and communicating with others. As humans, we don't all think, learn, or communicate identically with everyone else. Our learning and communication preferences are what set us apart. However, because not everyone knows or understands their specific preferences, a lack of realization can lead to multiple problems in their professional and personal lives. These problems may include constant miscommunication, trouble maintaining engagement with peers, difficulty getting people to understand ideas, and feeling held back.

People can quickly overcome these issues by unlocking their Inner Genius profile and discovering more than they've ever known about their communication and learning preferences. Upon answering a series of questions, the computerized algorithm will determine your Inner Genius Archetype based on 12 different options with one of six learning accelerators, known as power-ups.

The idea behind learning more about your Inner Genius is to become a better learner and communicator. If you can communicate more effectively, you can become more influential and achieve a greater level of success.

The human quotients may have started with the Intelligence Quotient but have since evolved. While understanding your level of intelligence is essential, the other quotients identify other vital details that you should know about yourself, including how well you handle emotions, deal with adversity, use a creative mindset, communicate with others, and learn new things. When you know more about yourself, including how you deal with situations and communicate with others, you can make better connections and potentially have more success in life.